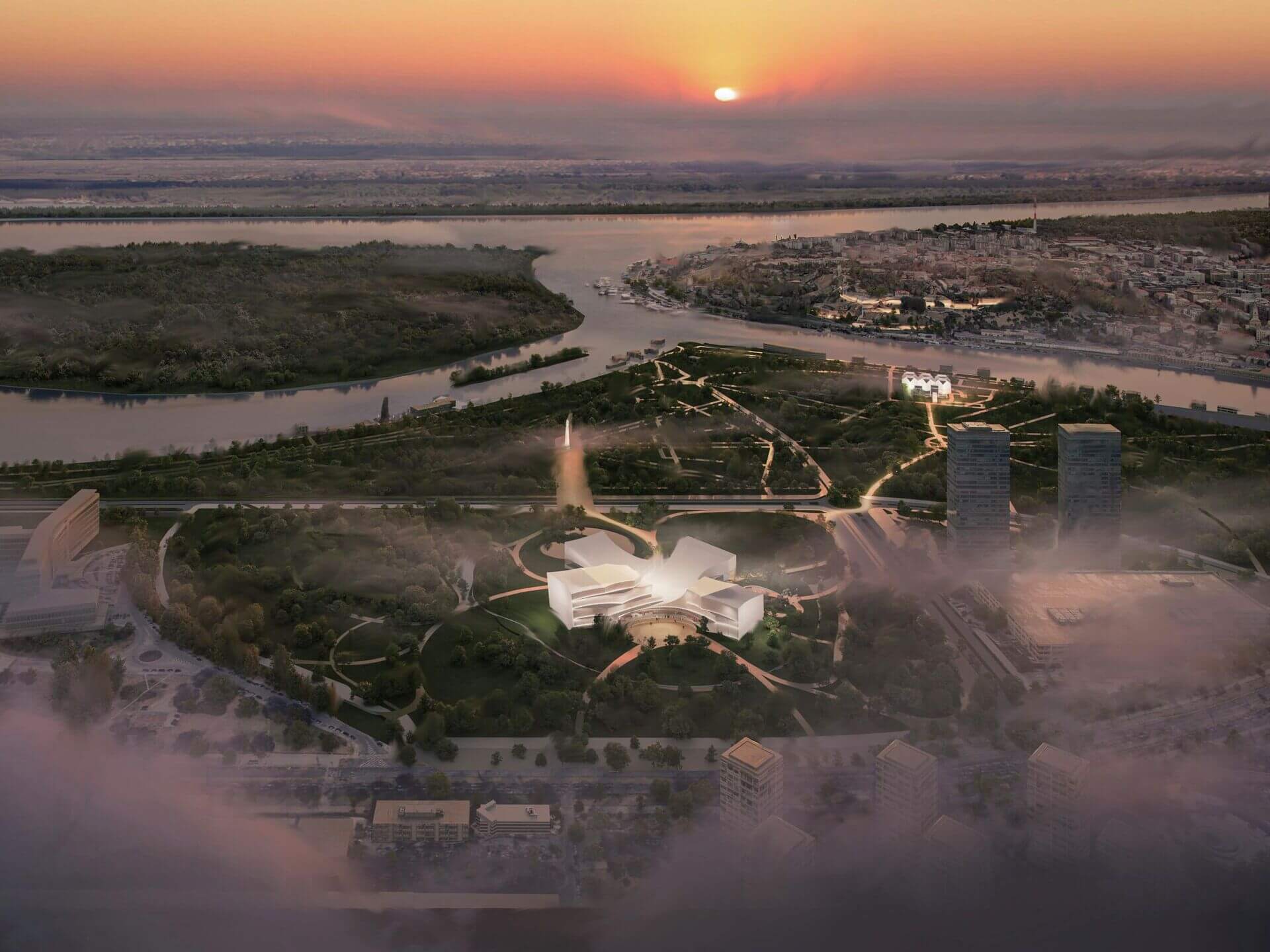 London-based company AL_A by Stirling Prize-winning architect Amanda Levete has won the year-long competition to design the new Belgrade Philharmonic Concert Hall in Serbia, a project described by Prime Minister Ana Brnabić as the “largest cultural infrastructure project in Serbia and the region” as well as “one of the largest in Europe itself”.

Managed by the United Nations Development Program (UNDP) on behalf of the Serbian government and in partnership with the Prime Minister’s Office, the Ministry of Culture and Information, the City of Belgrade and the Belgrade Philharmonic Orchestra , the competition produced 37 project submissions from participants from 15 countries. A total of six companies, including cultural heavyweights, joined AL_A on the shortlist: Diller Scofidio + Renfro, MVRDV, Snøhetta, Spain’s Estudio Lamela and Slovenian firm Bevk Perovic Arhiteki as finalists.

Each of the finalist proposals was developed in response to a technical brief designed by Arup; in addition to its involvement in the competition, the global engineering and design giant will serve as the theatrical and acoustic designer for the approximately $120 million project. The team also includes Vladimir Djurovic Landscape Architecture (VDLA), based in Lebanon., engineering firm AFA Consult and local architecture firm Zabriskie Studio.

Said Welsh-born Levete in a statement shared by AL_A:

“You couldn’t ask for a better venue than this to convey Serbia’s vision for the future. The beautiful setting of Ušće Park, on the banks of the Danube, sends a powerful message about the transformation and redevelopment of our cities into greener and more beautiful spaces. The concert hall will be an expression of harmony between nature, architecture and music, at a pivotal point in Europe where East meets West. It will be a place where people from all backgrounds and cultures, of all ages and abilities, come together to revel in music of all genres.

Before founding AL_A in 2009, Levete, a veteran of Richard Rogers & Partners, was a partner at London-based architectural think tank and design firm Future Systems, which was launched in the late 1970s by the late neo -futurist of Czech origin. Jan Kaplický and David Nixon, both of whom worked at Foster + Partners (then Foster Associates) at the time. Levete then married Kaplický after joining Future Systems in 1989. With AL_A, Levete completed a number of notable commissions, including the second MPavilion for the Naomi Milgrom Foundation at Queen Victoria Gardens, Melbourne (2015); the Museum of Art, Architecture and Technology (MAAT), a kunsthalle in Lisbon (2016); the Exhibition Road Quarter at the Victoria & Albert Museum in London (2017); and an award-winning Maggie’s Center outpost in Southampton, England.

As for AL_A’s winning design for the Belgrade Philharmonic Concert Hall, the approximately 215,000 square foot complex is planned for Ušće Park, a vast green space next to the Palace of Serbia in the New Belgrade and near the confluence of the Sava River into the Danube. The program is divided into a quartet of undulating volumes flanking a central courtyard. Each building, a large performance hall that can accommodate 1,600 spectators and a 400-person orchestra and choir, a podium, a 400-seat recital hall and a creation center, will have a “different character, celebrating different musical genres, attracting different audiences and encouraging diverse activities” by AL_A.

As the company clarified in its design statement:

“The four halls encircle a social space that forms the heart of the Belgrade Concert Hall, with shared facilities at the back of the house located below the newly created Town Square. Thanks to this arrangement, we create a building without facade or rear resulting in an architectural panorama. The building and the new shared social space at its heart come together under a draped canopy that spans each venue, resting softly in between. Through this expressive form, the building speaks of the movement of music. The materiality of this envelope will create a ripple effect that mirrors the dappled waters of the Danube, reflecting the changing landscape with the seasons and signaling a new monument of culture.

According to the UNDP, the competition jury was chaired by a representative of the organization and nine members, including “international and local architects, experts in concert halls and competitions, as well as representatives of the government of Serbia and the city ​​of Belgrade”. UNDP’s objective in organizing the competition was to “ensure that, by design, the concert hall would be a facility that contributes to the social, economic and environmental development” of Serbia.

The Belgrade Philharmonic Orchestra is currently housed in a cramped temporary venue with a lack of storage and rehearsal space which was built in 1967 and renovated in 2004.