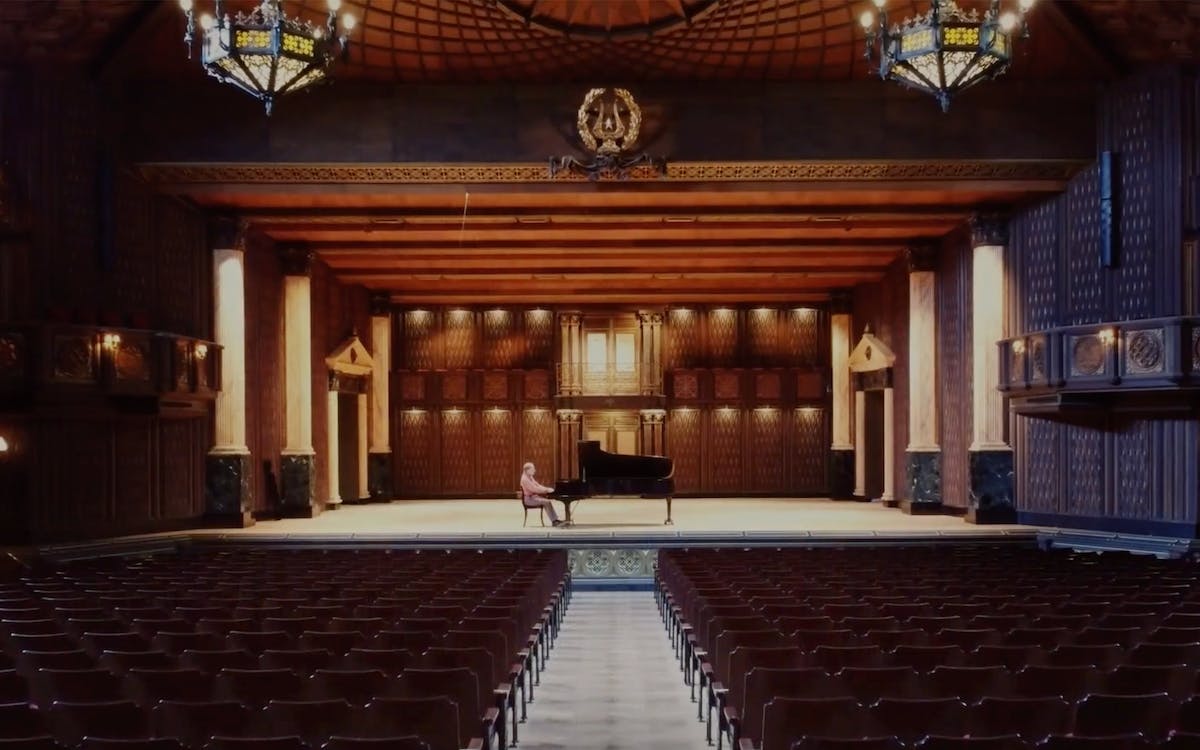 By George J. Norman On May 25, 2022
Share
Every week, we share dispatches from Texas reporter, the long-running TV show that invites you to ride and travel to explore the back roads of Texas.

More than half a century ago, James Dick returned from studying classical piano in Europe. He undertook to create his own music conservatory, offering a unique experience to classical musicians accustomed to large metropolises where orchestras thrive.

Amid cow pastures and rolling hills between Austin and Houston, he founded the Round Top Festival Institute. And more than fifty years later, it’s become an international haven for artists who want to study and perform in what he calls “a human scale environment.”

The campus includes a chapel, dormitories, a practice space and the crowning glory: an ornate thousand-seat concert hall inspired by major European stages. Each summer, the annual music festival brings together an orchestra of musicians from around the world for a series of public concerts.

Enter this one-of-a-kind place in this video from Texas country reporter.