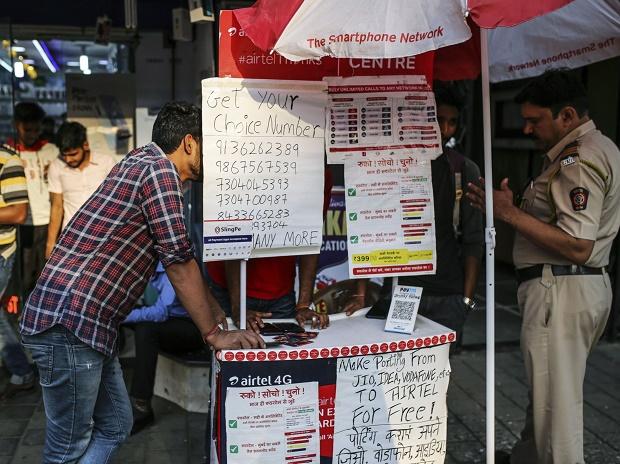 Wrangling between Indian government departments and a delayed court ruling over the sale of bankrupt telecom companies’ rights to use mobile phone spectrum have derailed the resolution of the industry’s biggest bankruptcies, leaving banks expect $5.7 billion in payments.

India’s Supreme Court, in a verdict on telecom dues earlier this month, asked a lower court to rule first on the dispute brought by the telecom ministry against a group of state-owned banks led by the State Bank of India on the legality of the sale of radio wave licenses from collapsed mobile operators.


The case is another example of how branches of government are delaying bankruptcy settlements in a country whose banks suffer from the worst bad debt ratios in the world. Any uncertainty about lenders’ rights to the operators’ core assets could also discourage loans or bank guarantees to Bharti Airtel Ltd. and Vodafone Idea Ltd.

In an interim step, the Supreme Court ruled on Friday that the bankruptcy appeals court will decide whether banks can sell bankrupt telecom companies’ right to mobile phone spectrum as part of insolvency proceedings. This is a change from the previous order, which authorized the lower bankruptcy court. Friday’s ruling removes a layer of appeals, which could speed up a final decision on the matter.

Any decision by a lower court, followed by possible appeals to the higher court, can take anywhere from six months to more than a year, said Shally Bhasin, a partner at Delhi-based law firm Agarwal Law Associates, before the decision. hearing on Friday. “Neither the banks nor the telecom sector can afford such delays. This goes against the spirit of bankruptcy law which mandates resolution of insolvencies within a limited time frame,” she said.

The banks were looking for larger amounts. A group of mostly state-owned lenders have demanded around 587 billion rupees from Aircel companies – formerly controlled by Malaysian billionaire T. Ananda Krishnan – and some 1.2 trillion from collapsed Reliance companies, which were controlled by tycoon Anil Ambani. The Department of Telecommunications has demanded an additional Rs 120 billion from Aircel and RCom 250 billion in fees for the air permits.

The Telecoms Department disputed any sale before its rights were settled, a view opposed by the Department of General Affairs. The lenders challenged the telecommunications ministry’s petition in court, saying that without the sale of the airtime rights, the bankruptcy resolution would fail.

“Ministries of telecommunications and commercial affairs need to triage issues at their levels so that the sanctity of the bankruptcy process remains intact,” said Bhasin of Agarwal Law.

(With help from Bhuma Shrivastava.)

Business Standard has always endeavored to provide up-to-date information and commentary on developments that matter to you and that have wider political and economic implications for the country and the world. Your constant encouragement and feedback on how to improve our offering has only strengthened our resolve and commitment to these ideals. Even in these challenging times stemming from Covid-19, we remain committed to keeping you informed and updated with credible news, authoritative opinions and incisive commentary on relevant topical issues.
However, we have a request.

As we battle the economic impact of the pandemic, we need your support even more so that we can continue to bring you more great content. Our subscription model has received an encouraging response from many of you who have subscribed to our online content. More subscription to our online content can only help us achieve the goals of bringing you even better and more relevant content. We believe in free, fair and credible journalism. Your support through more subscriptions can help us practice the journalism we are committed to.